A Chance Encounter With The Beatles Saved The Rolling Stones' Career. Here's What You Can Learn From It. 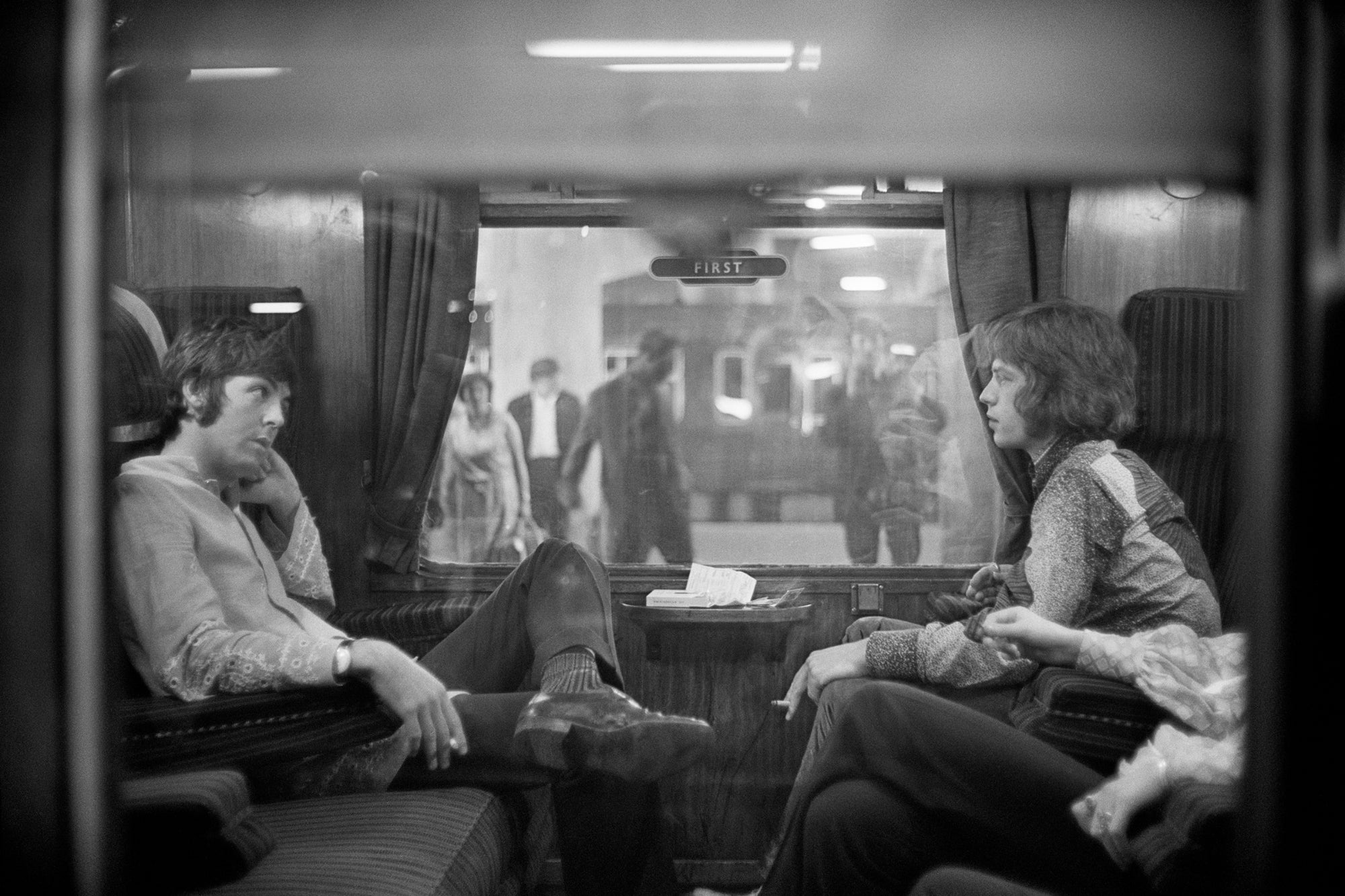 By late 1963 the Rolling Stones had released one song. It was a cover of Chuck Berry’s “Come On.” They were a blues cover band and had never written their own music.

Having signed a record deal the pressure was on. They needed a single (one that wasn’t a cover) if they wanted to keep their label happy and turn music into a career. They found a lifeline in The Beatles.

On September 10th, 1963 Rolling Stones manager Andrew Oldham stepped out of the studio the band was rehearsing in. He bumped into Lennon and McCartney getting out of a cab. The accidental meeting was a godsend. Oldham recalls that he “invited them to the studio where the Stones were rehearsing and, right then and there, the two finished off what had been a McCartney sketch of an idea, handing it the Stones for their single.”

Lennon and McCartney had written, “I Wanna Be Your Man”. The song was a gift from one group of friends to another. It may as well have been a gift from god. In November of that year, The Rolling Stones released “I Wanna Be Your Man” as a single. It rocketed to #12 on the pop charts. This gave Rolling Stones the traction they needed. The rest is history.

With social media, the same dynamics are at play.

Collaboration amongst like-minded creators lays the foundation for success.

To the casual listener, this was (finally) an original song from The Stones. In reality, it was the behind the scenes collaboration with The Beatles that gave The Rolling Stones the launchpad they needed.

Would they have made it on their own?

The release gave The Rolling Stones breathing room to figure out how to compose their own songs. Additionally, Jagger and Richards credited watching Lennon and McCartney at work with providing insight into how to write a song.

The modern equivalent is occurring with influencers. They’re working (often behind the scenes), helping one another. They’re sharing information and ideas with their digital compatriots.

With a combined reach of 50+ million followers, one such group has given themselves the moniker, TikTok Titans. They message each other to orchestrate collaborations, promotional strategies and share monetization tactics.

Srikar Karra (who has 5 accounts with a combined reach of over 3 million) is a member.

According to Karra, the TikTokTitans work together, “to identify what actions suppress or boost video performance with the algorithm. Of course, money is a big topic of conversation. We’re always sharing tips about monetization.”

The biggest impact of collaboration has been in their collective growth. Based on Karra’s estimates the, “combined following has nearly doubled. We all engage, with and duet, each other’s content. This is helpful because TikTok pushes out content when big creators engage with posts.”

He and his peers, “don’t really care about aesthetics. Brands put too much emphasis on the nitty-gritty details and forget the big picture. They’re trying to make the coolest video, but if you’re not creating something that leads to interaction then none of it matters.”

When it comes to social media – most brands place an emphasis on the media. Not the social.

They’re missing out on what really matters. They’re not participating in the community around them. There is no reciprocity with others. There’s no collaboration. Even comments and questions on Microsoft’s page go unaddressed.

Microsoft’s approach is in stark contrast to brands that are more socially adept.

For example, Chipotle has become a social media darling. They regularly collaborate with content creators, participate in trends, and are swift to respond to consumers (and not just to those with large followings).

For Halloween of last year, they launched a #Boorito campaign. They invited fans to post “before and after” TikTok’s of getting into their Halloween costumes. Anyone who wore their costume into Chipotle was given a discount, and the five TikTok’s with the most likes got free burritos for a year.

In a sense, it was a collaboration with the entire TikTok community.

They turned to TikTok influencers to help spread the word. Chipotle collaborated with well-known creators such as Zach King, Kombucha Girl, and The Stokes Twins.

It paid off. The campaign generated over 4 billion views.

Tressie Lieberman, VP of digital marketing at Chipotle stated that “the numbers are massive.” This is success rarely seen (if ever) for brands on social media. But this is not a fluke – it’s a natural byproduct of a focus on collaboration with the community.

Before social media came along brands had to focus on the media they created. They’d invest in high-end productions, commercials that would be on par with the TV content that appeared next to the ads. The problem is they haven’t adapted to the two-dimensional landscape of social media. They’re continuing to focus on the media and forgetting to incorporate the social.

If brands want to maintain relevance, they need to put social at the center of everything they do. To do this they must collaborate with the community around them. It cannot be an afterthought. Otherwise, no matter how big they seem today, they will soon be left in the dust.

To adapt the words of John Lennon (ever so slightly), brands “never needed anybody’s help in any way. But now these days are gone.”

Facebook
Twitter
Pinterest
WhatsApp
Previous articleGoogle Assistant, Maps, and Search can now help you figure out where to vote
Next articleBattle for online shoppers begins as Indians spend billions ahead of Diwali

The company is trying to do something to fix this problem, which its software didn't originate but helped propagate for decades (such as with...
Read more
Business

How to Create an Amazing Video Ad Without Breaking the Bank

October 20, 2020 7 min read Opinions expressed by Entrepreneur contributors are their own. As we all spend more time glued to our phones and computers,...
Read more

How to Create an Amazing Video Ad Without Breaking the Bank

The US government will sue Google for alleged anticompetitive abuses in...

2 Tax Attorneys Explain What You Need to Know About the...