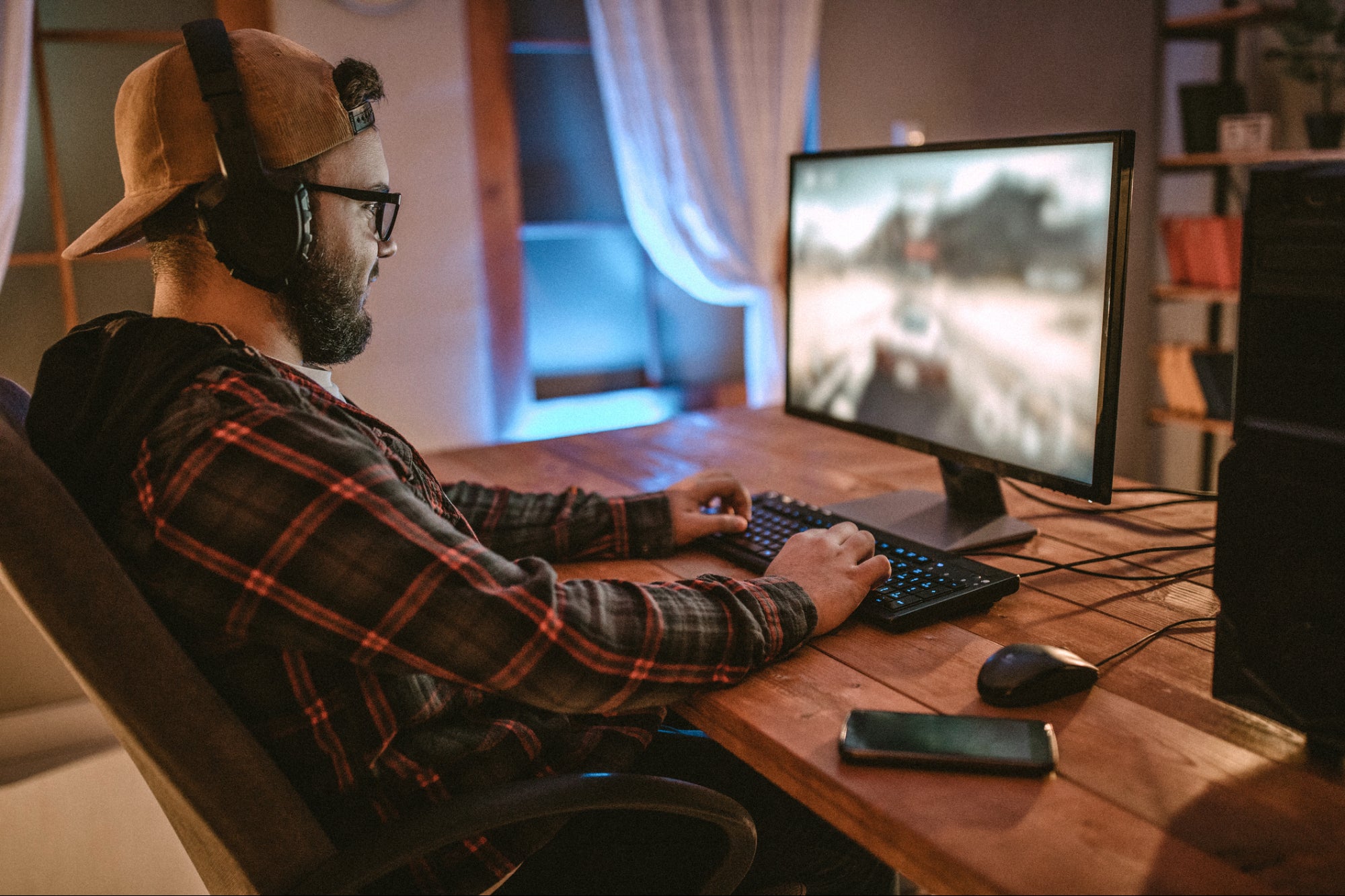 Online gaming is a worldwide multi-billion-dollar industry that has been rapid in its growth rate, even before the events of this past year. When the global health crisis caused all live events (and social interaction as we know it) to come to a screeching halt, the virtual world of entertainment took off on a larger scale. We’ve seen over the last few years that gaming has picked up as it has become more accessible, the technology has evolved, and it continues to outperform its predecessors year after year.

Interest has skyrocketed, and the numbers prove it. According to Newzoo’s 2020 Global Gaming Market Report, 2.7 billion gamers will spend a whopping $159.3 billion on games in 2020. It won’t stop there: The games market is expected to continue to grow, exceeding an astounding $200 billion by the end of 2023. Gaming is here to stay for the long haul, and its growth trajectory will rival that of other fast-growing industries.

Related: How to Become a Successful Gaming Entrepreneur

The social world of gaming

By the end of 2023, more than three billion people will spend more than five hours a week playing games and consuming gaming media. Take that in for a moment. Nearly half the world will be spending their time in a digital space. Naturally, this creates a massive opportunity for people with similar interests to connect from anywhere on the planet.

Gaming is only going to become increasingly more social. We’re already starting to see this happen with mobile games and the ability to create a clan with like-minded gamers. But even still, there are many opportunities to improve the overall experience for the online gamer. The online ecosystem is currently disjointed, because a gamer is tied to multiple tools and platforms in order to connect with their community of friends and other gamers. What’s missing is a social arena where gamers can meet, interact and build friendships with each other based on a shared appreciation of gaming. The way I see it is that there is a challenge for the industry (both developers and consumers) to create a digital space that includes everything a gamer needs and wants in one place.

Beyond the functionality, how the next generation of gamers define themselves is also going to change. The new age of “gamers” will be people who don’t necessarily define themselves that way, as gaming will just become an integrated part of their daily life. As gaming becomes more universally embraced, and the benefits become more recognized, we will see the negative stigmas associated with being a gamer begin to dissipate. I think that in three to six years time, the connotation will actually be flipped, and gaming will be seen in a more positive light than ever before.

How many of us haven’t dreamed of attending Hogwarts, being our favorite Marvel Hero or battling an Orc in an epic sword fight? VR is truly the platform that can deliver on those dreams. VR has completely disrupted and changed the way we consume a game. By taking the focus off the screen and immersing players much deeper into an experience, it sets the stage for a brand new and even more exciting dimension of gaming where it truly feels like you, the player, are the center of the story.

As more VR tech starts rolling out into the market, we can anticipate more competition and as a result, VR prices will drop significantly. With more people at home than ever right now, I foresee that there will be a spike in gamers buying VR. Because VR on consoles such as Playstation are lower cost in comparison to a PC, we will also see more gamers move towards less expensive options.

Beyond the cost of hardware, the type of games that will be in demand are what’s really fascinating. There’s a deep relationship between VR developers and the comic world. Some of the most successful games in the world have crossed over, such as Batman, which is a testament to the desire from fans to escape into their favorite fictional worlds. In the last few years, we’ve seen that zombie games and interactive shooting games have both done noticeably better in sales compared to other games. We’re also seeing that players are spending more time on games that require physical activity (such as Beat Saber) most likely in an effort to keep in good health while cooped up inside.

Whether you’re on the fence about VR or an avid VR fan, this space is going to keep evolving as developers will continue to release games that will cater to specific consumers’ likes and needs, creating a great space for new players to be drawn to the virtual world. If you haven’t yet done so, now would be the time to give it a whirl.

Related: Amazon Just Launched a Major Video Game, But It Looks to Already Be a Major Flop

Graphics, consoles and types of games

Undoubtedly the quality of gaming graphics is going to continue to improve, most likely in record speed, as technology and hardware become increasingly stronger and more efficient. We’ll also see that games will be accessible on mobile, tablets and iPads.

The direction of the type of games that are developed and released will be dependent on which platform they are meant to be played on. For PC gamers, we are likely to see more of a specialization in social and online gaming. Competitive games will continue to have a major presence on PC, and the esport industry will grow massively, become more commercialized and pave the way for gaming on traditional TV. As for streaming, the shift will lean towards interactive games, where the audience can interact and connect with the streamer, taking the experience to a next level by having the player feel like they are a part of the game. Console gaming will take a strong turn towards social, competitive and story driven games. The nature of consoles being connected to a TV and surround sound system allows for a more immersive cinematic experience than a PC, which gives each gamer the power to create a really exciting experience. Most mobile gaming today consists of puzzle games and will absolutely go deeper into social interactivity once the industry solves the obvious questions of how you can game while communicating with the people you play with on a mobile device.

Related: Microsoft Is Buying ZeniMax Media and Bethesda for $7.5 Billion

How to Get Noticed in a Noisy World

Be a pop of color in the green forest. Free Book Preview Ultimate Guide to Social Media Marketing This book takes readers through a 360-degree perspective...
Read more
Business

Check your tax return for these items to make sure you aren't overpaying.October 30, 2020 4 min read Opinions expressed by Entrepreneur contributors are their...
Read more

How to Get Noticed in a Noisy World

Wendy Keller - October 31, 2020 0
Be a pop of color in the green forest. Free Book Preview Ultimate Guide to Social Media Marketing This book takes readers through a 360-degree perspective...

It’s Time to Get Creative and Adapt Your Marketing to the...