12 'Cobra Kai' Phrases To Hit First In Business And Life 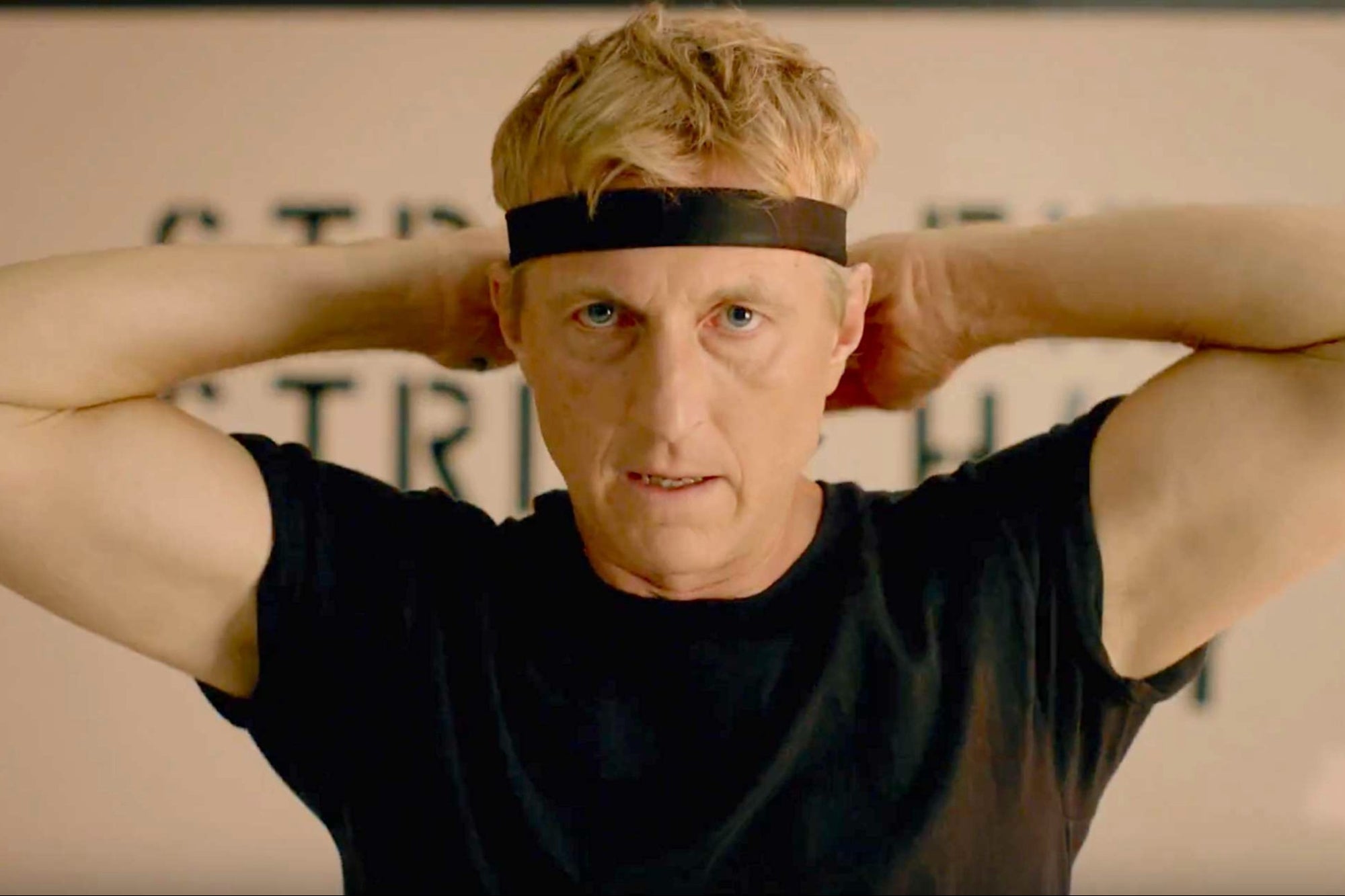 We found several business lessons in the hit Netflix show that you can apply in your day to day.

Cobra Kai undoubtedly became the success that no one expected in 2020. The series that continues the Karate Kid saga premiered two years ago on YouTube Red, but it was thanks to its arrival on Netflix that the show starring Johnny Lawrence (William Zabka) and Daniel LaRusso (Ralph Macchio) has become the most followed of the moment.

The show has numbers to prove it. According to the latest audience report from consulting firm Nielsen , Cobra Kai surpassed the streaming audience for even highly anticipated movies like Mulan .

Personally, I adore this new installment of the Karate Kid saga so I decided to ask the Cobra Kai Latin America group what were their favorite phrases from the series. Beyond the Cobra Kai dojo “Strike first, strike hard, no mercy” mantra (which I personally believe will be modified in the coming seasons) we find several business lessons from the show that you can apply in your day-to-day life.

(Spoilers for the first two seasons of the series)

Sometimes the noise of the world makes us focus on the urgent and let the important pass. The wake-up call from the true Cobra Kai sensei can be a rallying cry that we can make to organize our minds and even let out frustrations.

2. Pain does not exist in this dojo – Johnny Lawrence

This mantra that John Kreese taught his “cobras” can be very damaging if it is poorly focused. An entrepreneur knows that he must pay attention to the signals of his body (and his business) to know when to stop. However, this phrase can also propel you when you set a goal and need to take that extra step to fight back.

3. If I’m extra hard on you, it’s because you have the ability to be better than me – Johnny Lawrence to Miguel Díaz

One of the most interesting arcs in the series is how Sensei Lawrence realizes that he really doesn’t like that his top student isn’t compassionate. In other words, Johnny made Miguel in his image, but he didn’t like what he saw. A great human being realizes his mistakes, the parts that he has to improve and accepts that he has to work to be better for the world and for himself.

This is the moment when Johnny definitely breaks with Kreese’s dogma and understands that it’s okay to show compassion from time to time.

I like this particular phrase because it shows that it is possible and completely valid to change your mind, even when you have believed something for decades.

5. It doesn’t matter if you’re a loser, a nerd, or a freak. The only thing that matters is that you get tough – Johnny Lawrence to his students.

I love this phrase from Johnny because it shows that each person deserves to be the owner of their own narrative and build their person beyond the opinion that the rest of the world may have. If you didn’t have to respond to the idea that others have about you, who would you dare to be?

6. It is not the haircut or the tattoo on the back, it is a way of life. You just have to feel the energy and live in the moment – Hawk

Continuing with the previous point, there is no external modification that is worth if it is not born from a change in attitude and perspective. If you want to change what happens to you, you must transform the things you do to get different results.

7. I may not always win, but I never quit a fight – Johnny Lawrence

Even if the circumstances are against it, the only thing that is not acceptable is to let fear paralyze you (as Mr. Miyagi also said at the time).

8. We were enemies one day, Cobra Kai is for life – Hawk to Miguel

I like this phrase because it shows that personal differences do not matter, when you have a common goal, the team comes first. That is why it is important to have a mission and vision so that team members know what and why they are working for.

9. When negative feelings overwhelm you, look for the good within yourself – Daniel LaRusso to Robby Keene

This phrase about finding balance within oneself in the midst of adverse circumstances seems extremely pertinent to me in a year like 2020 where it seems that the bad news does not stop arriving. It is the responsibility of each one to find what motivates him and to take care of his mental and spiritual health to be able to fight one more day.

10. You have something more important, friend: Time – Tommy to Johnny

Many times we despair because the past haunts us or we feel that we have not achieved what everyone expects of us when we still have the most important resource: time. There is no money, no connections, and no ingenuity to go against the power of experience and dedication to make something go right.

11. Never mind your past mistakes, don’t let them determine your future – Carmen to Johnny

Redemption is a central theme of this series, especially when it comes to Johnny’s story. I like this phrase from Carmen because it reminds us that many times we ourselves can be the harshest judges with our history and that if we do not let go of the past, we will have our hands full to receive the future.

The end is where we start over and nothing ends until we decide.

Here’s What this entrepreneur has learnedFor successful entrepreneur Asa Palagi, it’s all about moving forward and accomplishing the...
Read more
Business

4 Reasons Why Home Ownership Is Still a Fantastic Investment

Rental markets are down as city dwellers flee to the suburbs in the face of permanent work from home. Is it time to buy...
Read more
Business

October 30, 2020 5 min readThis article was translated from our Spanish edition using AI technologies. Errors may exist due to this process.Opinions expressed...
Read more

Elizabeth Katona - October 30, 2020 0
Here’s What this entrepreneur has learnedFor successful entrepreneur Asa Palagi, it’s all about moving forward and accomplishing the...

4 Reasons Why Home Ownership Is Still a Fantastic Investment

'The Biohackers Guide to Getting Things Done In Times of Uncertainty'...

Why the UK’s biggest grocer is unlikely to profit from booming...